Know them. Love them. Learn about them. Let’s talk about what being a Scorpio means in regards to witchcraft, and all that entails.

Most of us know a Scorpio. I’m sure you have your own judgments about people who are ruled by Scorpio but let’s step away from that. Let’s dive into the studies and beliefs behind the Scorpio sign, and how it connects to other areas of witchcraft you may not have known. And what it truly means to be a Scorpio from within.

Scorpio: represented by the scorpion, ruled by the planet Pluto, connected to the Death tarot card, and connected to magickal practices such as divination and necromancy. They are connected to darkness and finding the light within it. They come off stern and usually keep to themselves. You could almost say they make it hard to pierce their armor to the deeply complex soul inside (love a good scorpion metaphor). Beyond that,  the role of Scorpio in witchcraft has religious-philosophical connections.

There are entire covens and sects connected purely to the Scorpio sign, such as the Ministry of Scorpio. The sign encompasses areas of life that have to do with connection and clarity, so witches join together to offer spiritual support and education and training in those areas. There is even a goddess that is heavily connected to the representation of Scorpio: the Hindu goddess Kālī. One of the ten Mahavidyas (a list that combines Sakta and Buddhist goddesses), Kali is portrayed in two forms: the four-armed form and the ten-armed Mahakali form. She is described in both depictions as having black skin but is famously painted blue in Indian art. Her eyes are red and she is depicting wearing garments made from human body parts or decorative gowns and shawls.

She is the destroyer of evil and a fierce warrior. She has hundreds of stories written about her triumphs in battle and is often depicted in art and scripture fighting, showing off the trophies of those she has defeated. Her hair is as black as night, representing darkness and everything born within it. And in that darkness, she finds the light. For she is not only a goddess of death, but she is also a goddess of preservation. She preserves nature, she lives freely, she sees clearly through her third eye which allows her to see the driving forces of nature. She is nurturing and loving to those she believes deserve protection. With that, she has become a goddess of worship amongst many pagan traditions as well as a figure of admiration for those who practice individually or don’t observe religion. Not many would automatically think of her as a goddess of witchcraft, but she is deeply connected to the craft and witches around the world. And she connects and represents Scorpio’s and what they offer to the world.

The sign has a lot of power that most don’t realize. That power is used heavily in a few main areas. Those who are ruled by Scorpio more often than not are attuned to three main areas:

Let’s talk about each of those in a little more detail, and also how they all connect.

Death sounds a lot bleaker than it actually is. For those who aren’t familiar with witchcraft, death is a sign of new beginnings and transformation. That meaning can be connected to tarot, rituals, religious meanings, you name it. Many traditions, religious or no view death as a sign of change. So for Scorpio to be associated with death, it carries a lot of emotional weight. Think about it. Death is change, whether good or bad. And with change comes grief, fear, loss, confusion. But after that, you come out stronger. You learn and grow and come to terms with who you are. So depending on what you believe, connecting with the Scorpio sign and what it represents means you are taking that change head-on. You may be afraid, but you aren’t going to try to avoid it. And that takes a lot of guts. I can say one thing about almost every Scorpio I know, they aren’t afraid of screwing up. So the more and more I hear about death and what it means, it only makes sense that Scorpio’s are deeply connected to it.

Sexuality is raw and all-encompassing. But it’s not just physical, it’s deeply spiritual. It’s receiving and transmitting feedback to others not only on a surface level but at an emotional level. Those truly connected to their sexuality respond to the world around them in an organic and authentic way. And that’s a Scorpio. They are keenly aware of what’s around them, and how they feel and want to communicate that. Although it is common that communicating it verbally can prove difficult, by expressing themselves physically comes naturally. That’s why you’ll see zodiac readings constantly going deep into detail about how amazing Scorpio’s are to have sex with. They are very connected to the physical. But it’s so much more than that. They take the chance, connecting but not being afraid of screwing up. Like with death, they are growing through deeply spiritual and emotional ways.

We’ve talked about how they aren’t afraid of change, how they aren’t afraid to plunge deep into physical connection. Now we are talking about how they aren’t afraid of confronting what’s in front of them. Transforming is simply knowing that something needs to change. Something isn’t working. Something went wrong. And Scorpio’s know that. They always know what they did wrong or didn’t like. It’s always clear. So they confront it head-on. They live in that discomfort. But they learn to harness all that discomfort and change and use it to their benefit. They become better than they were before. And not many can do that.

Scorpio’s are brave. They know they will have to deal with a lot of bad before they get to the good. But their soul knows, the Scorpio in them knows it’s going to end. And it does. And they are a better person than they were when they started their journey. And that is a great quality for a witch. You have to know that you aren’t going to know everything or connect to everything right away. It takes time. And you may feel like you’re behind when you see other witches on social media, or in your community. But you are exactly where you need to be. And a Scorpio knows that.

And that’s a beautiful thing. Carry on you wonderful land crustaceans. 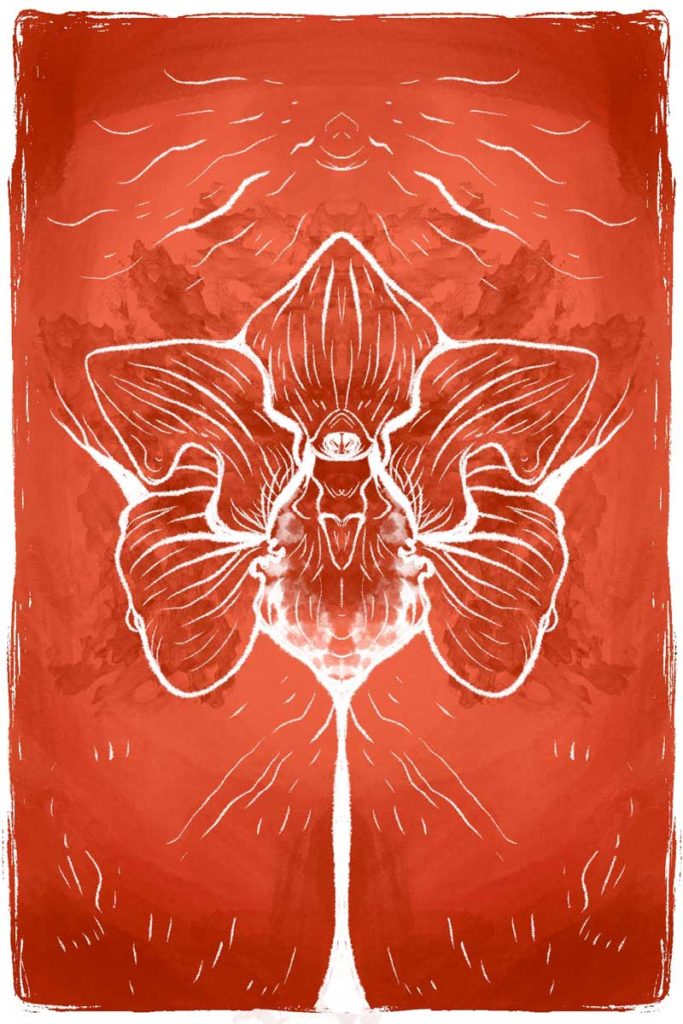 A discussion on how ongoing challenges and obstacles can take a toll on the mind, and may affect motivation to work and develop your craft. And how to work through it.

This site uses cookies to store information on your computer. Some of these cookies are essential to make our site work and others help us to improve by giving us some insight into how the site is being used. By using our site you accept the terms of our Privacy Policy.